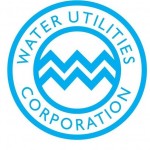 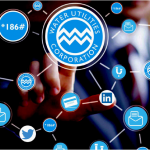 1
Ask a Question
Martin Neta
How can I check my water bill, from phone or other media, without coming to the WUC offices.
Answer Useful Wrong

Location map
Show Map
Expand Map
P.O.Box 10247, Palapye, Botswana Get Directions
Description
The Water Utilities Corporation (WUC) is a parastatal organization wholly owned by the Botswana Government. It was established in 1970 by an Act of Parliament (Laws of Botswana Cap: 74:02) with a mandate to manage a single project for the supply and distribution of water in what was then called the Shashe Development Area.
The mandate involved planning, constructing, operating, treating, maintaining and distributing water resources in the country’s urban centres and other areas as mandated by the Botswana Government. It also involved the supply of bulk water to the then Department of Water Affairs and various Local Authorities for onward distribution to villages and settlements in the country.

Between 2009 and 2013, the water sector was restructured. Resultantly, the Corporation was given a new mandate to supply potable water to all urban centres and villages in the country, as well as to manage wastewater and sanitation services. The rationalisation programme, dubbed Water Sector Reforms (WSR), resulted from a study to rationalise the water sector in Botswana and ensure uniform service levels. The provision of uniform service levels as well as the upgrading of water infrastructure, however, remains a long-term assignment that the Corporation is pursuing.

The WSR commencement and implementation increased the Corporation's customer base from 80,000 in 2009, when the programme began, to over 350,000 to date. This translates to an annual supply of …million cubic metres of potable water to WUC customer base.