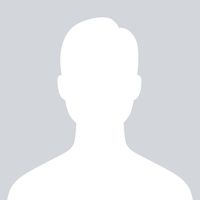 Elias Chauke
How do I retrieve a token after purchasing electricity through the ebanking money deducted and sent to bpc and a payment confirmation issued but no token was sent to me?
Answer Useful 3 Wrong
T NKOMO
How do I retrieve power token details after losing one
Answer Useful 21 Wrong 8
lawrence phalanyane
Our electricity went off on Saturday night when there was storm, since then we have been out of it till today, how do i call for help?
Answer Useful 8 Wrong 1
View all 7 questions

Location map
Show Map
Expand Map
Motlakase Hse Plot 1222 Macheng Way, Industrial Sites, Gaborone, Botswana, Gaborone Get Directions
Description
Botswana Power Corporation, a parastatal utility which was formed in 1970 by an Act of Parliament is responsible for the generation, transmission and distribution of electricity within Botswana to areas approved by the Ministry of Minerals Resources, Green Technology and Energy Security.

The Corporation, within the forty-eight years of its existence, has developed from a small, oil-fired power station in Gaborone which was commissioned in 1970 and dismantled in 1989 to one Thermal Power Station at Morupule situated some twelve kilometres west of Palapye village in the Central District. The Power station is supplied with coal from adjacent Morupule Colliery.

Morupule power station was commissioned in two stages with the latest generator being commissioned in March 1989.The power station employs high technological control systems and operates on the dry cooling method thereby conserving water resources. Morupule Power Station provides approximately 20% of the country's power requirement Before commissioning of Morupule Power Station in 1989 the Corporation generated electricity from the Selebi Phikwe power station which was commissioned in 1974 and was decommissioned in 1989.
In 1975 the Government initiated the Rural Electrification Program with assistance from the Swedish International Development Agency (SIDA). Management of the project fell under the Government’s newly created Rural Agency, with Botswana Power Corporation (BPC) as the implementation agency. The project involved the connection of 11 villages to the national grid among which were Kanye, Molepolole, Ramotswa, Mochudi and others. This project was completed in 1993.
In 1987 another project to provide power supplies to the major villages of Serowe, Palapye, and Mahalapye was implemented with financial assistance from the Danish International Development Agency (DANIDA). Other rural electrification projects including the connection of Shoshong, Bobonong, Sefhophe and Tuli Block farms were also undertaken with the assistance from DANIDA. Thereafter the Government availed funds to provide electricity to the villages of Masunga, Tutume, Shakawe and Mohembo. Funds were further made available from both the Government and the Botswana Power Corporation for the provision of electricity to the villages of Oodi, Modipane, Pitsane, Goodhope, Sikwane and the river villages, Mmankgodi, Manyana, Rasesa, Morwa, Pilane, Mmopane, Radisele, Tati-Siding, Kumakwane, Letlhakeng and Serule. Maun was connected to the national grid at the end of 1994. In 1995 the Government continued its drive to expand the provision of electricity to rural areas by electrifying the villages of Bray, Makopong, Lerala, Moeng, Ratholo, Nata, Tsabong, Tshesebe and Tsamaya.