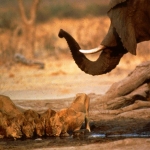 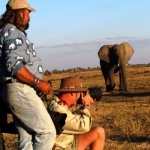 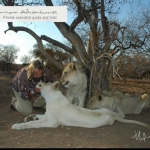 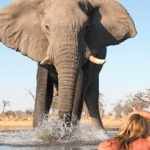 0
Ask a Question
Have questions? Get answers from Wild Lifestyles or Local! Botswana users. Visitors haven’t asked any questions yet.

Specialist Guide, Mike Penman has been involved in conservation of wildlife for the last 30 years, of which the last 18 years have been guiding safaris throughout Africa. He is a Professional Guide, conservationist, talk host and cameraman. Well known as a presenter on the internationally renowned hit T.V series- Animal Planet’s- MAD MIKE AND MARK- Mike has now become highly sought after through his “celebrity status” as a T.V. icon in both Corporate and social circles – appealing to all ages. (The kids love him!!!!!)

Over the years- Mike has focused his interests on many spectrums of the wildlife field, notably that of tracking big game, photography and film making (both Terrestrial and Marine) thus producing wildlife documentaries of a very “alternative” style. Whispers within 'bush life' circles of Mike's gifted ability to "communicate and initiate telepathic talking", whilst mingling amongst the animals, allows him to place you, confidently, in the right place at the right time, thus creating prized photographic and film making opportunities.
Ultimately, this places Mike at "both ends of the camera", as presenter or cameraman.

This platform has given Mike the experience and knowledge to confidently appear in any forum- (be it a tour guide- a bush camp- fire or formal boardroom environment) as an informed Speaker-Wildlife authority and dynamic and inspiring presenter to share his experiences and lessons that the “Wild” has allowed him to translate and leave food for thought.

- Conservation awareness
- Man’s active destruction of the eco system
- His personal daunting and sometimes seemingly daring interaction inside the “inner circle” proving that man can co exist and communicate effectively with nature Critters.

He has been involved in a number of Film Productions & facilitating over the years.

Rhino Mission- creating awareness of current anti-poaching campaigns to protect Rhino and the banning the export of Rhino horn to overseas countries.

Leopard conservation project- LCP- The tagging and monitoring of Leopards in danger of encroaching urban sprawl and stock farming.

RIDES ON THE WILD SIDE. Horse Riding Safaris